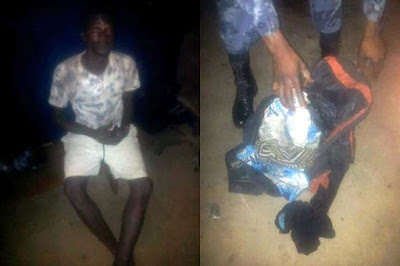 An unidentified man was apprehended on Sunday by the police after he was caught with a severed head of a lady at the Greater Accra campaign launch of the opposition New Patriotic Party (NPP).


According to several reports, the man who was almost killed by an angry mob before the intervention of the police, was caught carrying the severed head in a polythene bag to the campaign ground. The man is presently at the community 1 Police Station for investigation.