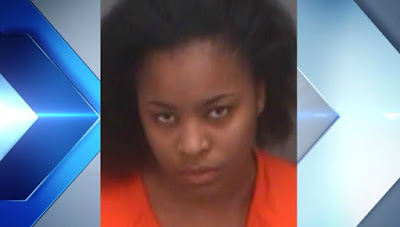 A nursing home employee, 20-year-old Alexis Williams, an employee at the Bristol Court Assisted Living Facility on 3479 54th Avenue North in unincorporated St. Petersburg in Florida is in police custody Wednesday after detectives say she filmed two senior residents having sex without their knowledge or consent and shared the video with her followers on Snapchat in August of last year.
The victims, who haven’t been identified are an 81-year-old woman and a 59-year-old man.
Detectives say Williams was working at the facility when she saw the seniors having sex in a private
room and secretly recorded them and later posted the video to Snapchat.

One of her followers saw the video on Snapchat and reported it to the staff at the facility who contacted the authorities and terminated Williams immediately.

Williams confessed her crimes on Wednesday when she was interviewed by Pinellas County detectives at her home in St. Petersburg .