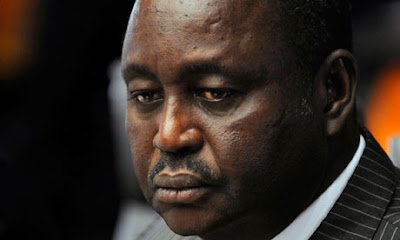 Central African Republic’s exiled former president Francois Bozize, who is wanted for helping foment deadly unrest, was barred on Tuesday from running for election late this month. The presidential and parliamentary polls due December 27 are expected to signal CAR’s return to normalcy after two years of bloody sectarian violence that erupted between Christian and Muslim fighters after Bozize’s March 2013 ouster.

A total of 30 candidates were cleared to run in the first round of the presidential vote by the transitional regime’s Constitutional Court, which rejected 15 applications, including Bozize’s.
Failing an outright win, a second round is scheduled for January 16. Almost two million people have registered to vote for a new head of state and 141 parliamentarians.
Posted by dubem naija blog at 11:39 pm