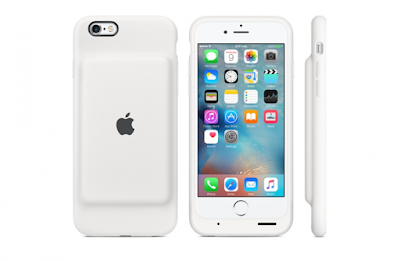 Apple’s iPhones have long been a source of battery anxiety, with third-party battery cases easing these worries by offering extra juice when you need it. Now, Apple has unveiled its own Smart Battery Case for the iPhone 6 and iPhone 6S, quietly posting the product on its online stores (as spotted by Pocket Lint). The case costs $99 and Apple says it offers internet usage of up to 18 hours on LTE networks, up to 20 hours of video playback, and as much as 25 hours of increased talk time.
Posted by dubem naija blog at 11:26 pm