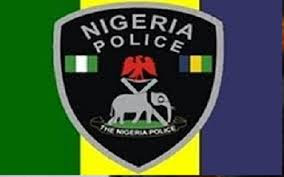 The police have rescued a landlady and her son who were abducted by her tenant, Michael Obi, to raise money to settle the arrears of rent he was owing the former. The landlady, whose name was not disclosed, was kidnapped in Umuike Allu area of Rivers State while she was on the farm with her son, a student of the Federal University of Technology, Owerri, Imo State.
Obi, 34, told journalists on Tuesday in Abuja that his friend, Kelechi Ndukwu, carried out the abduction to obtain ransom from the victims which would then be used to settle the N70,000 arrears of rent he was owing his landlady. He said, “Things have been very difficult for me, so I mentioned this to my friend, Madman (Ndukwu) that I am owing my landlady and I needed N70,000 to settle the arrears of rent.

“He told me not to worry and said he would organise her abduction for ransom which would be used to settle the rent.

“When the woman and her son were on their farm, my friend and his two friends, abducted them and demanded N200,000 but they paid N150,000 after four days.”

Obi explained that the abduction was carried out by Ndukwu, Ifeanyi Ezechukwu,28 and Chinedu Amadi, 18.

The police spokesman, Jimoh Moshood, who paraded the suspects, said Ezechukwu and Amadi were arrested at Umuanwa community in Ikwerre Local Government Area of Rivers State.

“The suspects were identified by the victims and will be charged to court on completion of investigation,” Moshood said.

Moshood stated that the police operatives swooped on the suspects at their Iceland Confraternity den  in Ebitanwo/Rumuakude communities.
Posted by dubem naija blog at 8:45 am