Willie Obiano: A square peg in a round hole 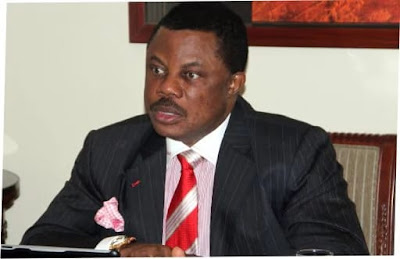 Like the last three government before it, the present governor of Anambra state in the person of willie obiano has been very busy – doing absolutely nothing for the improvement of the state. A state with hard working men and women driven by desire and passion to excel in their fields of endeavor. An Anambra based journalist once said that “the present governor is sitting on gold chair and foundation casted by his predecessor enjoying state funds on frivolities.” I have to agree by that assertion and even more.

Anambra state has in the past been known as a state commercially poised to be the best in sub-Saharan Africa. With this great feat comes a challenge that needs to be tackled so the status quo can remain. Such challenge comes in the form of security lapses, bad or non existing basic infrastructures, social vices, hooliganism and cultism among others. The present government is saddled with the responsibility of seeing to perfection, the opposite of these challenges; but reverse is the case.

So much noise and hype has been made in the media about improvement in securing the lives and properties of people living in the state. I throw out a challenge to anyone who is willing though, to oppose me with facts, that in terms of security, positive change has been achieved.

Cultism and cult related killings are on the rise in the state. Just the other day, three able bodied young men were gunned down at the Obosi-Nkpor axis of the state by cultists; even more and heinous killings have occurred. To nip such ugly development in the bud, the authorities need to re-orientate the youths on the ills of cultism. Also, secret agents should be drafted into those Red areas to furnish the appropriate authorities with detailed information – as they unfold.

The issue of Agriculture in the state is moribund, as no vital agricultural policy has been initiated by the present government since inception into office. The man at the helms of affairs takes pleasure in media propaganda and public deception. We were all aware of the recent hype and falsehood being peddled in the media about the state exporting vegetables to foreign countries and earning forex for the nation; and the mass production of rice. The government thrives in such propaganda.

Until the Willie Obiano led government begins to focus on revitalizing the Agricultural sector through policy reforms and provision of Agricultural grants, we will continue to see food – just on the pages on newspapers and televisions. I implore Obiano to go learn such from his northern counterparts.

There has been varying degrees of protest in the state on reforms targeted at destabilizing the livelihoods of its citizens. Recently, the fruits and vegetables traders at Upper Iweka in Onitsha has been in the news protesting of the ill treatments meted to them by the government. Their nightmare started when the government, in the name of cleaning the state, relocated the market and chased the traders to a new site at Atani in Ogbaru Local government area of the state, without putting in place, structures to house the traders. On a visit to the new site of the market by our correspondent, nothing could be seen on ground in terms of development. No physical structure is on ground, except for the fence and gate put in place by the local government authorities and the market executive.

The issue of multiple and over taxation as being witnessed in this regime is well enough to make any true business entity seek for relief elsewhere. During the first quarter of the year, there was a stern warning by Banks and other financial institutions operating in the state to the government, threatening to go on strike if it does not rescind its policy geared at extorting huge sums from them – all in the name of tax. The poor traders in the state are feeling the heat the most, as they must comply with the wicked directive; else, their daily source of feeding and livelihood will be shut down. From Eke Awka to Oye Nimo, from Ose to Akuora, the story remains the same; people are compelled to fund the lavish lifestyle of the chief executive. Pure water hawkers, okada men, barrow pushers, artisans all inclusive in this excessive show of shame by the government. I urge those in charge of policy making to take into consideration, the plight of the common man. These people should be considered first; not just during elections and electioneering period. Willie Obiano is indeed a square peg in a round hole.

Mr Obiano should get his acts together and strive to make the state great. He should surround himself with intellects and not the vultures hovering around him, to scavenge on the commonwealth of the state.