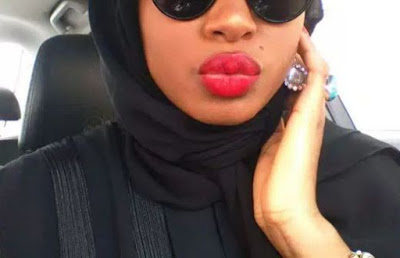 Justice Agomoh of Federal High Court in Port Harcourt has also convicted and sentenced a big girl in oil business, Onaioye Kiipoye, to ten years imprisonment without an option of fine. Her crime? For dealing in petroleum products without requisite license.
Onaioye was first arraigned on 10 February, 2011 on a two-count amended charge bordering on dealing in petroleum products without license. She pleaded not guilty and the matter went into trial.
After few years of trial, Justice Agumoh found her guilty of the charges and consequently convicted and sentenced her to 5 years imprisonment on each of the 2 counts without an option of fine.

The Judge ordered that the Man Diesel Caravan Truck used in conveying the proceeds of crime should be forfeited to the Federal Government.

The big girl's journey to prison started when the Joint Task Force 'Operation Flush Out III' of the Army arrested her on 15 April, 2008 with a Truck that contained about 64 drums of petroleum products suspected to be condensate and handed them over to EFCC for investigation.
Posted by dubem naija blog at 3:34 pm