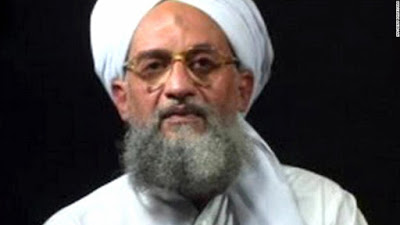 A former Taliban leader now thought to be ISIS' leader in Afghanistan and Pakistan has been killed in a U.S. drone strike, Afghanistan's intelligence agency said Saturday.

In a statement, the National Directorate of Security reported that Hafiz Saeed was killed along with 30 other insurgents in a strike on their compound in the Achin region of Afghanistan's eastern Nangarhar Province.

"As a result of efforts made by the NDS, the location of ISIS fighters' gathering was found and the information was shared with the coalition forces who then carried out an airstrike on them," the Afghan agency said.

The strike represents a seemingly big victory in Afghanistan's fight against ISIS, a terrorist group that has been blamed for numerous atrocities and conquered vast swaths of territory in Iraq and Syria while also branching out with affiliates elsewhere.
Posted by dubem naija blog at 4:52 pm