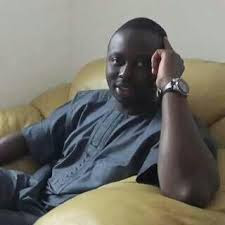 
The death threat, conveyed in an email to Akinremi on May 10 but seen by TheCable on Tuesday, was issued after the journalist, upon travelling to Adamawa state to investigate killings by the insurgents and the plight of Internally Displaced Persons (IDPs), wrote a piece titled, Why Boko Haram don’t deserve our amnesty.

“We have seen your hand against us . Inshallah you will die like other infidels that we captured,” read the mail, signed by one Abu Musab Abul-Barnawi.

“You have been joining our enemies. You are made yourself their mouth [sic] but we will get you insha Allah. This is a holy mission for Allah, so stop writing against us.

“You’re going too Michika calling yourself a brave journalist, but you’re a coward. We will get you. Its your government that talks amnesty, we are not looking for amnesty. Allah is with us. You’re now a walking dead and a prey to the Lions of Islam from the bullet of a passing car or a nearby rooftop.

Since beginning its three-pronged war against the government, security agencies and religious institutions in 2009, Boko Haram has killed at least two Nigerian journalists.

In October 2011, gunmen suspected to be members of the sect shot dead Zakariyya Isa, a reporter with the Nigerian Television Authority (NTA) in Maiduguri, capital of Borno state, “for working against the interests of the sect”.

Isa was shot dead around 7:30 pm in front of his house in Bulunkutu area of the city shortly after leaving the mosque. His assailants traced him to his house, a few metres from the mosque, before opening fire on him.

In January 2012, Enenche Akogwu, the Kano state correspondent of Channels Television, was killed shortly after multiple bomb blasts at the farm centre police station, Kano. Akogwu was trying to find out details of the attack from bystanders when suspected members of the sect emerged, shooting him three times in the chest and another three times in the stomach.

THISDAY itself has previously been a victim of Boko Haram attacks. In April 2012, the Abuja and Kaduna offices suffered simultaneous suicide blasts. The Abuja attack resulted in the death of an employee, three passersby and the suicide bomber, while the Kaduna blast also wreaked damage on the offices of Moment and Sun newspapers.
Posted by dubem naija blog at 7:46 am