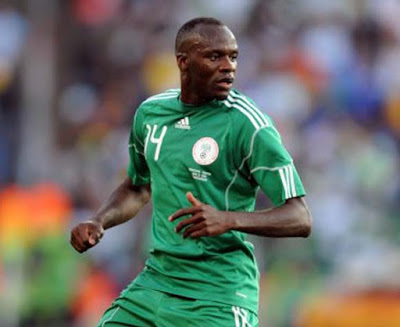 The management of FC Ifeanyi Ubah of Nnewi has declared one of its players, Sani Kaita, missing. The News Agency of Nigeria (NAN) reports that Kaita, an ex-Super Eagles player, had joined the club on a three-year deal in May.

Coach John Obu however disclosed the player’s disappearance told on Monday in Awka. He said the development was the reason why he could not successfully execute their match against the Shooting Stars of Ibadan on Sunday because the player was not around.


Obu said the last time he knew anything about Kaita was when they went to Port Harcourt for the match against Heartland of Owerri on July 1.

He threatened that the club would report to the League Management Company (LMC) if the player failed to make himself available.

“What happened is, when we travelled to Port Harcourt, we were to leave immediately after the game and he was not part of those of us who left and up till now, we have not seen him.

Obu however expressed satisfaction at his first win on Sunday in charge of the club, and promised that there would be improvement after assessing the contributions of the players.

He said every game would be tackled as a special task.