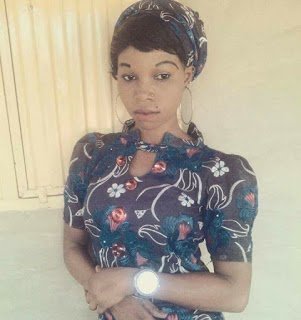 A fresh recruit into the Nigerian Army, Patience Amos Ya’u, has been found dead in the room of her boyfriend in Damilu, a community in Jimeta, Yola North local government area of Adamawa State. The 23-year-old Amos is believed to have died following a scuffle between her and her boyfriend, Ali Muhammed Wakil, whose claim to being a military personnel is being doubted.
The Nation gathered on Sunday that although Patience might have died as far back as January 12, it was not known until several days later when smell from her decomposing body alerted neighbours. Patience was newly recruited into the Nigerian Army with her peers already training at the Military Training Deport in Zaria two days after her death. But the boyfriend claims to be a military personnel serving with 68 Reference Hospital Yaba, Lagos. Neighbours said they had heard voices of Patience and Ali Wakil in his room but did not know that anything grievous was happening. One of the neighbours told newsmen: “Residents became suspicious when we could not see the lady for good three days. What worried us more was the terrible odour from their room.“What compounded the situation was how the door of the room was locked from the outside, a development which compelled people to forcefully open the window of the room only to discover the body of the female lover decomposing.”The discovery of the dead body of Amos forced the neighbours to report to the palace of the ward head who took the matter to the police, who in turn traced the father to his house in Bachure, a community separated from Ali’s Damilu by a major street.The father, Amos Ya’u, explained that his daughter left his house to plait her hair but did not come back.He said they had called her on phone on that evening, but she told them that she would be returning home.He said they called her line later on Sunday but it was not going through, informing since that day, they heard nothing from her until four days later when a police officer came and informed him of her death.Sources suggest that Ali Wakil is a hardened man who went about his normal life even as the body of his girlfriend, with whom he is said to have been together for a long time, was in his room decaying.He was said to have been seen even near the home of the girlfriend’s father at Bachure a number of times.The state Police Public Relations Officer, DSP Suleiman Nguroje, confirmed the killing of Patience.He said the suspect had since been arrested and interrogated by the Criminal Investigation Department (CID).
Posted by dubem naija blog at 11:10 am