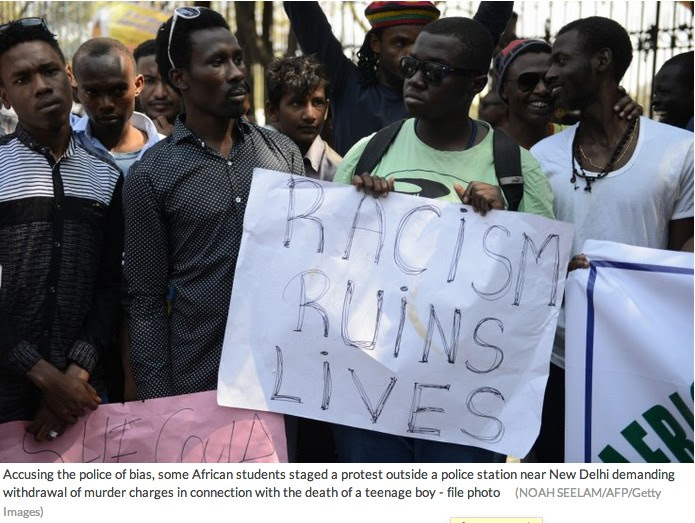 An angry mob in India attacked a group of Nigerian students accused of cannibalism and murder following the recent death of a local boy. Three students were reported injured in the Monday (27 March) incident in Greater Noida, near the capital New Delhi. Police have arrested seven people in connection with the attack. State authorities have promised a thorough investigation and strict action.

The attack followed the death of teenage boy, Manish Khari, on Saturday (25 March). The boy reportedly suffered a cardiac arrest due to drug overdose, but residents blamed the African students living in the area for his death.

Earlier, when the boy was missing for a day, the locals accused the foreign students of cannibalism and even barged into their houses to search for Khari's remains.

Following complaints by the locals, police charged five Nigerian students with murder, but did not arrest them due to lack of evidence. They were, however, detained briefly for questioning.

Accusing the police of bias, some African students staged a protest outside a police station in the area demanding withdrawal of the murder charges.

Accusing the police of bias, some African students staged a protest outside a police station near New Delhi demanding withdrawal of murder charges in connection with the death of a teenage boy - file photoNOAH SEELAM/AFP/Getty Images
According to NDTV, the Greater Noida police have identified and traced 54 locals who were part of the mob and will soon initiate legal action against them. "We have arrested six or seven people from the spot. There are more. We will arrest them and put behind bars," senior police officer Sujata Singh said.

Meanwhile, one of the students complained to Foreign Minister Sushma Swaraj through Twitter and the minister instructed state authorities to take appropriate action to ensure their safety.

Yogi Adityanath, the newly-elected chief minister of Uttar Pradesh of which Noida is part, has also promised a thorough investigation into the incident.
Posted by dubem naija blog at 12:28 pm