Wife drags jobless husband to court; says he lied to her that he had millions 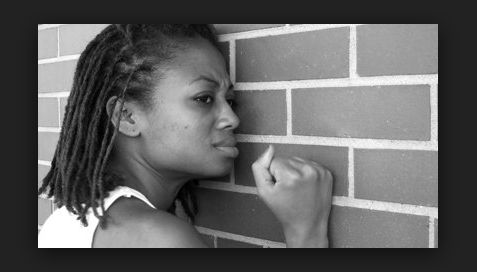 A civil servant, Faith Ogu on Tuesday, dragged her unemployed husband, Joseph Ogu to a Jikwoyi Customary Court in Abuja, seeking for divorce on the grounds that he deceived her about his financial and 'employment' status.
Faith told the court that her jobless husband had deceived her into believing he had a source of livelihood before their marriage, adding that she only got to knew about his status as a ‘job-less’ person after they had tied the knot.

“He never told me that he had no job, instead he kept telling me that he works with Zenith Bank and that he has a business in Lagos, that yields him millions.

“It was after I got married to him that I discovered the whole truth about him,” Faith said.

She told the court that Joseph had also told her that he had built a house somewhere in Lugbe, but that after investigating, she realised that it was false.

Faith said all her efforts to encourage him find a job did not elicit any positive response, as such she wanted the marriage dissolved.

“He is lazy and does not want to do anything for a living; I have been lending him money, hoping that he would pay back. I sponsored our wedding, I even lent him money to pay my bride price,” she said.

The petitioner said that she had reported the matter to his elder sister to see if she could advise him but to no avail.

“I beg this court to dissolve my marriage so that I can be free; I am tired of feeding, clothing and paying medical bills for my husband ,” she pleaded.

NAN reports that the Presiding Judge, Everyman Eleanya, however reiterated that the respondent had not been in court since the beginning of the case and therefore ordered that a Hearing Notice be pasted in his sister’s house.

He adjourned the case to February 9, for continuation of hearing.
Posted by dubem naija blog at 4:56 pm