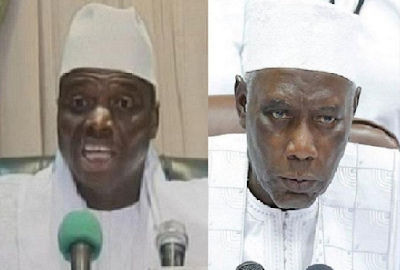 The man who oversaw the last presidential elections in the Gambia has reportedly fled the country following death threats on his life. Local media portals say his family confirmed that he was no longer in the Gambia but would also not disclose his location.
Alieu Momar Njai, Chairman of the Independent Electoral Commission (IEC) had earlier vowed to defend the validity of the results he declared on December 2 last year. He was forced out of his office by security officials on December 13.


Momar Njai has previously been defiant after President Yahya Jammeh’s questioned the validity of the election result, which he lost to opposition coalition candidate, Adama Barrow. Njai said the ruling party was likely to lose any poll petition arising from the elections.
“If it goes to court, we can prove every vote cast. The election results were correct, nothing will change that,” he told Reuters weeks back.
Posted by dubem naija blog at 4:37 pm