Slain footballer's family want FIFA to ban Nigeria, until it produces soldier who killed their son 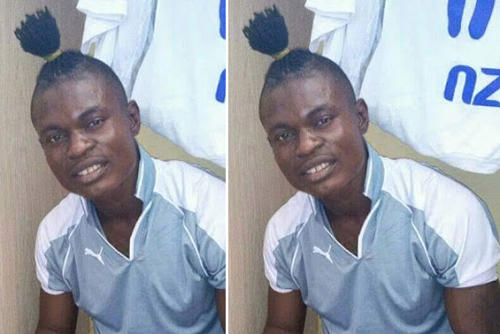 Kinsmen of the murdered player of Shooting Stars Sports Club of Ibadan, Mr. Joseph Izu, have called on the world’s football governing body, FIFA, to intervene in the gruesome killing of the central defender. They urged FIFA to bar Nigeria from all competitions until the government orders the military to produce the killer of Izu.

Izu was allegedly murdered in his home country, Okarki in Ahoada West Local Governemnt Area of Rivers State by soldiers in Akinima.

Ikechukwu Obuzor who spoke on behalf of the relations of Izu, said the appeal is necessary as the Nigerian government is not doing enough to apprehend the culprits and secure justice for the late footballer.

Obuzor, a former Chairman of Ahoada West LGA, is worried that the murder of the footballer has been swept under the carpet, adding that a notable citizen cannot be executed unlawfully. Obuzor said, “I humbly wish to draw the attention of Federation Internationale de Football Association, FIFA, and its President, Gianni Infantino to the Extra Judicial Killing of Joseph Izu, a renowned footballer with the Shooting Stars Sports Club of Ibadan on Sunday, 16th of October, 2016.”

“Joseph Izu played for 3SC in the just concluded 2015 – 2016 season and was on vacation like most other footballers in Nigeria for the off season.

He was in his hometown, Okarki to enjoy his vacation and could not have been a target of the Joint Task Force (JTF) as he was never a cultist,”he said.