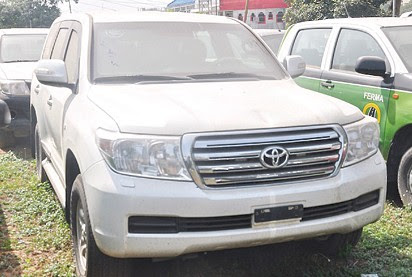 PERHAPS some people may not find this mind-blowing given that Nigerians have become accustomed to hearing about outrageous looting of the nation’s treasury by public officials. But many would appreciate that even with the falling value of Nigeria’s currency, N450 million could save lives in the health sector where government hospitals in the country lack many equipment. See more pics below.. 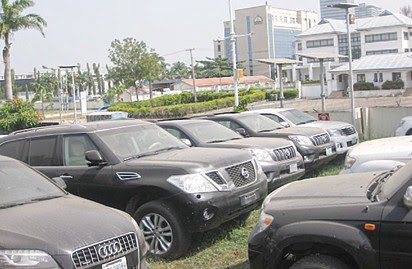 The quantum of money in question, if deployed in fixing the collapsed portions of the Benin/Ore Highway, could as well reduce the alarming rate of auto crashes on that road.

However, the systemic nature of corruption in the country ensured that the money, instead of being expended on common good, was used to purchase exotic vehicles and then converted to personal properties by some top public officials.

The discovery came to light in the course of an investigation by Sunday Vanguard into the activities of the Independent Corrupt Practices Commission,ICPC.

The manner in which the misappropriation took place offers insight into how undermining some public officials had been to the Nigerian story. Some top officials of Ministries, Departments and Agencies,MDAs, were discovered to be chiefly involved in the matter.

Some top officials of Ministries, Departments and Agencies,MDAs, were discovered to be chiefly involved in the matter. Specifically, those affected were of the Ministries of Water Resources, Labour, Environment,Information and Health, Federal Road Maintenance Agency, FERMA, and Subsidy Reinvestment Programme, SURE-P.

Findings revealed that funds set aside by the SURE-P for execution of projects were used to procure vehicles by the MDAs.

Meanwhile, the vehicles were supposed to have been recorded as part of the properties of the MDAs in line with the procurement rules of the civil service.

It was also learnt that since the funds did not emanate from the budgetary allocation of the concerned MDAs, not recording the purchase of the 103 vehicles facilitated the appropriation by the officials. 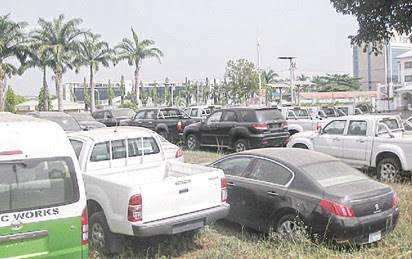 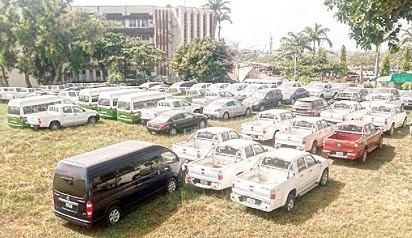