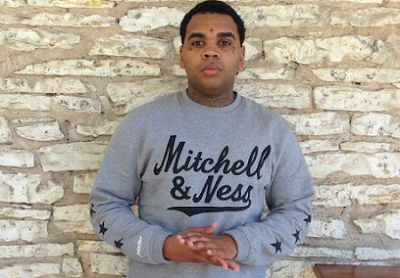 Rapper Kevin Gates has been sentenced to 180 days in jail after being convicted of kicking a female fan at a Florida concert last year. A Polk County jury found Gates, who was sentenced Wednesday, guilty of battery after he was captured on cellphone video kicking 19-year-old Miranda Dixon at Lakeland's Rumors Nightclub, where he performed last August.

Dixon, who was in the crowd, testified that she tugged on Gates' pants twice to get his attention for her friend. After the second time, she says Gates kicked her so hard that she fell back and passed out. Dixon reportedly admitted herself to the hospital and had a CT scan.


Gates' attorney Jose Baez argued his client was battered by the woman before Gates kicked her and that Dixon has a financial motive in the case, saying that she had a civil lawyer.

Gates has been touring in promotion of his first studio album, which has gone mutli-platinum with hit songs like “Really Really” and “2 Phones,” both of which reached the top 15 of both the hip hop and rap charts.

The Baton Rouge rapper was scheduled to perform today at the Voodoo Fest music festival in New Orleans.
Posted by dubem naija blog at 1:33 pm