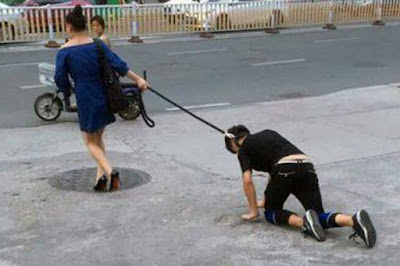 A woman stunned commuters by taking her male friend for a walk through rush hour traffic on a dog leash in a bizarre 'public S&M session'. The bizarre act saw the woman  yanking her 'dog' through the busy streets. Unsurprisingly, drivers and motorcyclists on their way home during afternoon rush hour were dumbfounded at the sight on the street of Fuzhou, capital of East China’s Fujian Province.

According to witnesses, the woman would occasionally stop during her walk and stroked or petted the man’s head, telling passers-by that he was her "dog", successfully raising the eyebrows and dropping the jaws of all present. 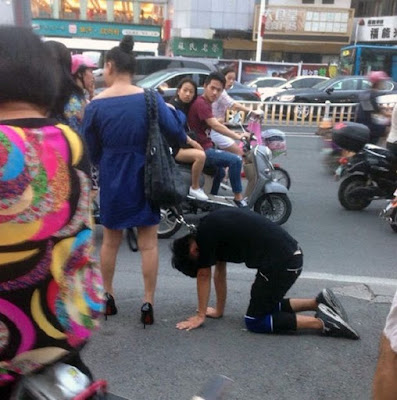 The bizarre acts drew so much attention that Fuzhou City police eventually arrived on the scene and told the couple to stop whatever it was that they were doing - though reports did not say on what grounds they were ordered to do so.