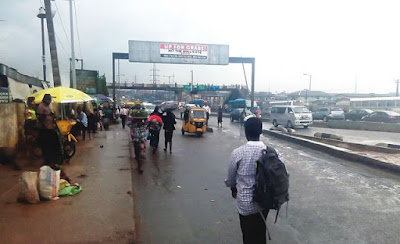 On Sunday in the Ketu area of Lagos State after some Hausa youths seized a chemist, identified as Emmanuel Emeka over alleged blasphemy. It was learnt that Emeka would have been lynched but for the intervention of policemen from the Ketu Police Division who quickly brought the situation under control.

A source said  the victim had written a blasphemous word on a magazine, which triggered the anger of the youths. The source said the police had already taken custody of the victim to save his life.

He added that the Hausa youths mobilised to destroy the victim’s shop, but were prevented by the policemen, who were deployed in the area.

“It happened around 9pm on Sunday. The issue could have led to a bloody fight between Christians and Muslims in Ketu, but for the police.“What happened was that the man wrote something on a magazine which the Hausa youths said was blasphemous. When other Hausa men saw it, they became angry and seized him.“Some of his friends tried to rescue him and that almost started a fight. The police were alerted and they responded quickly and doused the rising tension.”


The Police Public Relations Officer, SP Dolapo Badmos, confirmed the incident, adding that the situation was under control.

She also confirmed that Emeka was in police custody.
Posted by dubem naija blog at 12:21 pm