Father took his 3 children to a theme park before killing them, their mother and himself in murder-suicide 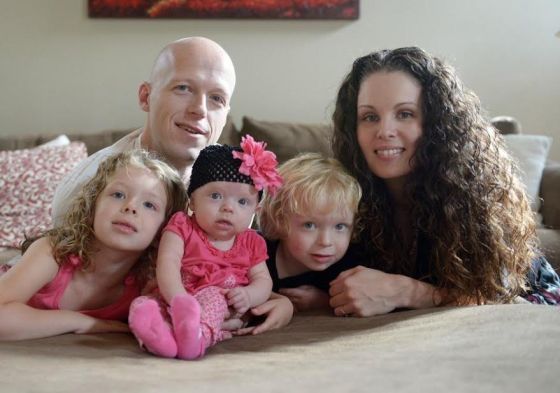 A US father took his three children to a theme park in Pennsylvania earlier this month but the next day, they were found dead. In a news conference on Monday August 15, Berks County District Attorney John Adams confirmed 40-year-old Mark Short fatally shot them, their mother and their family dog in a murder-suicide.
On Aug. 6, police arrived at the Short's home after receiving a call from his mother-in-law, who reported that her daughter, Megan Short, 33, was having domestic issues with her husband, Attorney John Adams said. She said that Megan Short had missed a lunch date with her, which left her worried. "The mother unsuccessfully attempted to contact Megan via cellphone and house phone," Adams said, so she contacted the police.
On that Saturday afternoon, officers entered their home through a kitchen window and found five bodies. Three were the Short children, 8-year-old Liana; 5-year-old Mark Jr.; and Willow, age 2. Megan Short, their mother, was also dead. A handgun was found next to the fifth body, a man later identified as Mark Jason Short Sr. Adams this week detailed the events that led up to the fatal shootings at the Pennsylvania home in a news conference Monday.
The incident made national headlines earlier this month: how Short and the children had visited Hersheypark; how husband and wife were in the midst of separating; and how Megan Short had gotten an apartment and was planning to move.
Authorities believe Mark Short was the gunman in the murder-suicide; he is believed to have shot his wife and children before turning the firearm on himself, officials said. "These children were young," Adams said. "And whenever we lose youthful, innocent human beings, it's never easy for a community to recover from that. So the fact of the matter is, is that it will be difficult, and hopefully we will remember these children for years to come, and how their lives were innocently taken by their father."
Authorities say Megan Short had made plans for her future. She had rented an apartment and was planning to finishing moving on Aug. 6, the day the bodies were discovered. Adams told reporters that family members were at the apartment, waiting to help her move. They called a neighbor when she didn't show, and later, Megan Short's mother called police.
An investigation found that in early June, security was called to a Philadelphia hotel room where Megan and Mark Short were staying. The reason: a domestic dispute, Adams said. Then, on July 18, police responded to the Short home, and again, it was because of a domestic dispute. No charges were filed, and no physical injuries were discovered. "The police department did everything that they are legally able to do in that situation," the district attorney said.
Mark Short purchased ammunition and a gun, a .38-caliber revolver, in July, one day after the domestic dispute was reported. He was going to rent a moving van to help Megan Short with the move, according to Adams.
The bodies were all discovered on the floor in a living room area of the home, said the district attorney. Authorities also found a one-page note, some of which was admission that Mark Short bought the firearm and committed the homicides.
"This was very, very unfortunate incident," Adams said. "I don't know that anything can be learned, other than when leaving an abusive relationship, it's often a very dangerous time for a victim. So we urge anyone who is in a similar situation to develop a safety plan and contact their local domestic violence agency for assistance.