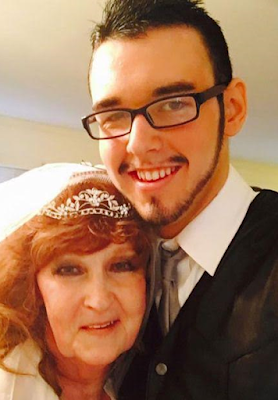 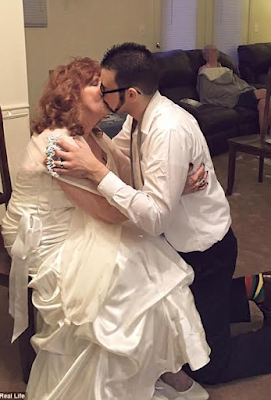 18 year old Gary and 71 year old Almeda Hardwick of Tennessee are ready to celebrate their one year wedding anniversary and say they have so much chemistry despite the massive 53 years age difference between the pair. According to USA Today, the relationship began in June 2015 when they met at the funeral of Almeda's son Robert. 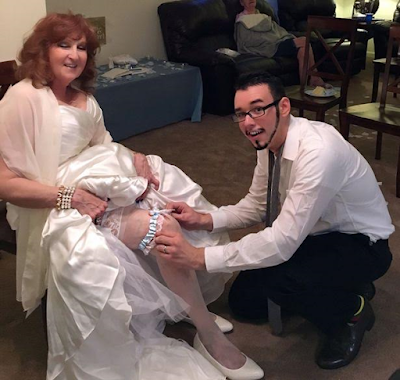 "It was like an instant connection. (There was) so much chemistry there," Gary told USA Today. We both loved music. I had prayed about my soul mate for like two years, so, you know.

''When I looked into her eyes I knew it," Gary continued. "Her eyes were a dead giveaway."

After dating three weeks, they got married on Oct. 26, 2015, inside Harrell's condo. As at the time of marriage, Gary who had always been attracted to older women was 17, not yet up to the age of consent, but his mum permitted the marriage. The pair will celebrate their one year anniversary by October 26,2 015.

Almeda had been married to her previous husband for 43 years until he passed away in 2013 while Gary was dating a 77 year old woman before he met Almelda.

I've never dated anyone my age. Even in school, I was never interested. ... I don't know why. It's just my attraction, my preference I guess," he said.

Almelda has three children and eight grandchildren. Two of her grandchildren, a 22-year-old and a 17-year-old, live with her and Gary. "It's good," said Gary, describing his relationship with the grandchildren. "We get along really well. ... We have a lot in common obviously. Well, we connect on everything," Almelda continued.  We've never had an argument. Never fussed about anything. We always talk about things we like to do and places we want to go, and we act a fool all the time. He's always teasing me."

"She gives me respect, honesty, and we're committed to each other," said Gary. "She takes pride in her appearance (and) herself."

"He's good looking, handsome and he takes pride in himself too," she said. "I couldn't ask for a better husband. He's the best." 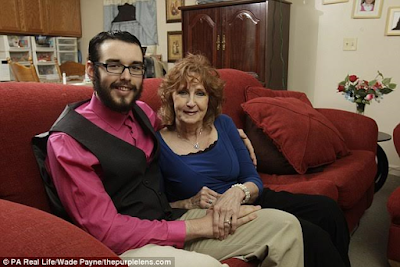 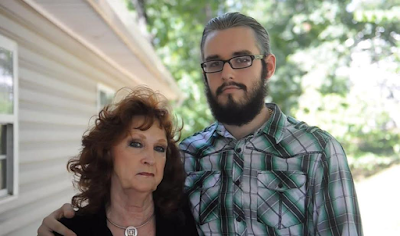