Young Mother killed by man she met on facebook 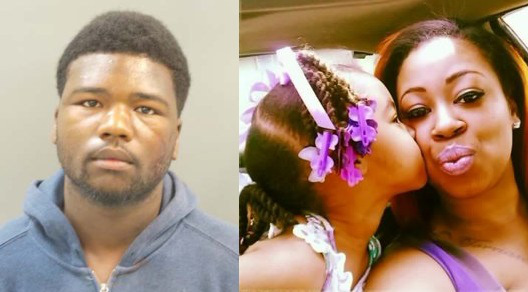 Acording to Fox News, a 25 year old Missouri woman, Sha-Rae Bradford, was found dead in her home the same night a Facebook friend visited her apartment for the first time. She was found dead in her apartment in Ferguson on Saturday. Family members say she was lying on her bed in a pool of blood. Her cause of death is unknown.Stassie Greer, 20, of Jennings has been charged with 1st degree murder, 1st degree robbery, and two counts of armed criminal action.

Greer arranged to meet the victim for sex in exchange for money at her apartment, according to the probable cause statement from St. Louis County Police.  There was evidence of a sexual encounter found near the victim's body.

A relative found 25-year-old Sharae Bradford`s nude body face down at around 6pm on her bed Saturday night in her Versailles apartment. The victim was killed by a single gunshot wound to the back of the head.
The  medical examiner also found seminal fluid on swabs applied to many parts of the victim's body.
Investigators from the Major Case Squad have been working on this case. The victim's phone and rent money was missing from her apartment.  A search warrant was conducted at the Greer's house and Bradford's phone was found.
Family members tell FOX 2 that Bradford was an aspiring nurse and mother of a 6-year-old girl. They say they're glad her daughter wasn't home when she was killed
Posted by dubem naija blog at 11:19 am