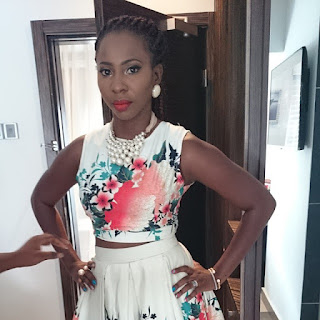 Join Shine, an award winning multimedia personality as she prepares the world and its TV screens to a new fun reality and daring talk show, on Saturday December 12th at Angle Villa Hotel, Lekki Phase 1 by 7:00pm. Shine Begho would be joined by special guests and guests that appeared on different episodes of the show.

Shine Begho would celebrate the birth of shine’s mischief show, by adding special activities to entertain the media and guest on that special day.

Shine’s mischief show is produced by Vendrika media, with Seth Usanga as the executive producer, edited by Young Star.

This interactive fun and exciting shine’s mischief show is a twist to the regular get to know what your favorite personalities and entertainment stars are up too. Shine’s mischief show brings to your screens mischievous games and challenges, while entertaining your with informative facts about your favorite personalities, the show adds a twist to interview reporting.

Look out for a wide range of competitions and challenges that gives the guest and its viewers a whole new experience; interact with the show by taking up competition and challenges and calls to action to win prizes and gifts from shine and your favorite personalities.
Posted by dubem naija blog at 9:23 pm