How under-graduate died during abortion 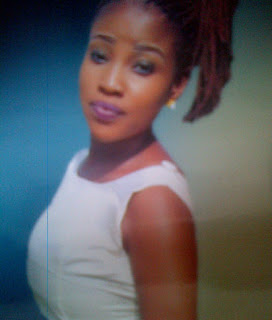 
However, detectives in the Ondo State Police command have picked up the herbalist who allegedly put the deceased in the family way and in a desperate bid to terminate the pregnancy gave her some concoction to drink in order to flush it down . He is currently being quizzed at the Special Investigative Bureau (SIB).

Reports from Police detectives indicated that the deceased who is now an orphan was the daughter of a herbalist. The suspect, according to findings is an apprentice to the father of the deceased when he was alive.

Vanguard gathered that the suspect has been showing interest in the deceased before her father’s death but was hindered because the late father disapproved of the relationship.


But when the father later died, the suspect walked his way into the heart of the deceased and a relationship ensued and he begin to fend for her. Some years into the relationship, the unexpected reportedly happened and the suspect reportedly prepared a concoction for his lover to terminate the unwanted pregnancy.

It was gathered that the lovers agreed that they were not ready to be parents hence the option of an abortion. The deceased was said to have taken the concoction and after some days she develop-ed severe abdominal pain. Sensing that trouble was knocking at his door, the suspect was said to have rushed her to a private hospital where the doctor who was recently picked up and

quizzed by detectives helped them to evacuate the remnants of the pregnancy.

After the flushing by the doctor in the private hospital, her persistent complaint of abdominal pain made the suspect to relocate her to the State general hospital where she later gave up the ghost. While all these were happening the deceased did not confide in her sister (Funke ). A friend by name Omololu reportedly informed her that the deceased was admitted to the state hospital after which she rushed there to meet her sister in pain.

The deceased according to sources informed her sister that the suspect gave her a concoction to drink and that the pain started since then. The suspect reportedly told Funke that Wunmi was rushed to the hospital when she

complained of abdominal pain. He did not disclose to her that he gave her concoction in a bid to terminate her pregnancy.

However, reports had it that the lovers also did not open up for the doctors that attended to her at the State hospital until she gave up the ghost. Vanguard gathered that it was after she died and taken back to Ijare for burial that the cause of her untimely death was exposed.

Funke and other family members reported the matter to the traditional of Ijare- Olujare of Ijare who advised them to lodge a complaint with the Police. The suspect and the medical doctor were later picked up and detained. Speaking withVanguard, the sister Funke said that the deceased was the last born of the family.
Posted by dubem naija blog at 1:28 pm