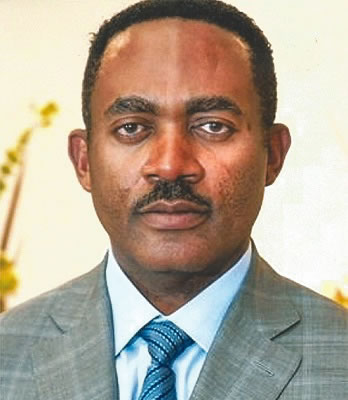 A Nigerian medical doctor based in the United States of America, Godwin Maduka, has built no fewer than 100 bungalows for widows and other indigent persons in his Umuchukwu community in Orumba South Local Government Area of the state. Umuchukwu, a boundary community between Anambra and Abia State, is relatively rural.

Maduka explains his philanthropic gesture, saying, “I embarked on all these to save my people from my ugly experience while growing up. I grew up in a home that when it rained, it rained more inside than house.

“Wealth would be meaningless if it cannot be used to better the lives of the people around the custodian.

“He believes that government alone cannot give resounding development due to its meagre resources when compared to the volume of social, economic amenities expected by the people.
“Umuchukwu, one of the most backward and remote communities in the state, was totally denied any meaningful government attention. Nkerehi, as it was then called, was in abysmal destitution.
Otaokpukpu maintained that Maduka’s gesture compelled former governor of the state, Mr. Peter Obi, to construct two roads connecting Umuchukwu with other communities.
“When the foundation visited then governor Obi at the government house in Awka with the pathetic story of the absence of roads in the area, it promised to finance 50 per cent of the road contract, while the state would pay 50 per cent.

He said, “Obi, moved by such an offer, decided to visit the community himself and what he saw overwhelmed him and he took sole responsibility of building the two roads alone.
“The foundation has also built community centre, post office, a state High Court, provided transformers for electricity, primary and secondary schools, civic centre and so on.
Posted by dubem naija blog at 11:14 am