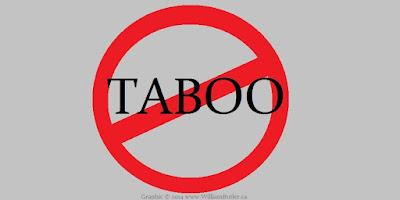 A 15-year-old primary school leaver, names withheld, has pointed finger at her step grandfather, a chief and president-general of a community in Delta State for her four-month-old pregnancy. She told Niger Delta Voice that the husband of her grandmother slept with her in his two-bedroom domicile, an accusation the man hotly denied.

Handiwork of enemies— Chief
The chief said the entire episode was a set-up by his adversaries, alluding that following his disagreement with close relatives of the victim over his position and sales of land in the community, they swore to unseat him by any means. He said the 15-year-old girl was living with him from birth until the incident that led to her voluntary departure from his residence.

Pregnancy hatched in Egini !
The chief asserted: “This is an orchestrated plot to dent my image. As at the time they claimed she got pregnant, she had travelled to Egini to visit her mother; I suspect that was where she took in with the plot hatched there as well. “Even her grandmother has told the community that the girl does not know who is responsible for the pregnancy, but these group of individuals, are insisting that I am responsible.”
“Having taken care of this girl from her tender age all through her primary school till date where I have even made arrangement for her to get enlisted for her secondary education at Okpaka Secondary School, this is a case of my good being used against me,” he stated.

It happened in his bedroom, not Egini- Victim
Narrating her experience, the victim, who debunked his claim, said, “While I was at home alone with him, he invited me into his bedroom, he asked me if I have enough clothing, I said yes. He then told me that he does not see the clothes I claim to have on me. It was at this point that he started handling with me and insisted that I sleep with him after which he would give my grandmother money to get some new clothes.”

She denied having a boyfriend, saying her step- grandfather had sexual congress with her twice. Her words, “I am not aware of my condition after the act, my grandmother interrogated me some days later with questions like who have I been having sex with. After much pressure, I told her it was her husband.
“On that day, my grandmother had gone for church service, while the rest of the kids in the house had all gone to school. I was at home alone with him and when my grandmother was leaving for service, she instructed me prepare lunch before the kids return from school.”

Ikimi asks police to investigate
Meanwhile, a Warri- based human rights activist, Mr. Oghenejabor Ikimi, briefed by the family, had petitioned the police, calling for investigation into the matter.

Pregnancy/DNA tests
He said the chief suggested a pregnancy and DNA tests to ascertain the truthfulness and paternity of the child, but later reneged on the pretext that he had no money. According to him, “The victim is presently homeless, deprived of affectionate care by the accused in addition to the psychological trauma, pains and hardship she is undergoing.”
Posted by dubem naija blog at 2:32 pm