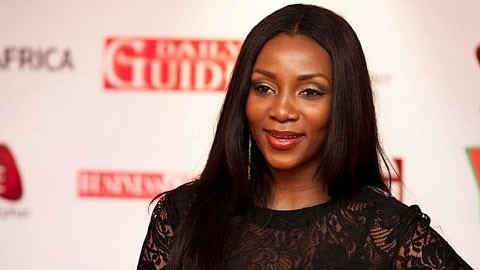 Newest movie producer in town, Genevieve Nnaji, speaks with CHUX OHAI about her new film and plans for the future At a time many movie fans in Africa are wondering if she has called it quits with film acting, celebrated actress, Genevieve Nnaji, just announced the arrival of her own movie after what seems like a long hiatus from the lighted screen.

Titled ‘Road to Yesterday’, the movie is produced by the actress, funded straight from her own pocket with additional support from AfricanMagic, as she claims in an interview with our correspondent. But it is written and directed by Ishaya Bako.
ADVERTISEMENT

Explaining why it has taken her a long time to join the growing ranks of new generation movie producers in the country, Genevieve says, “I chose to be an actress. Acting was what I had always wanted to do. I don’t think that I ever imagined myself producing a film. I love acting. If the Nigerian movie industry was as stable as it should be, I probably would have been on the set of a movie every day of my life and not be bothered about what goes on behind the camera. So it is a matter of choice and preference.”

Genevieve plays the lead role in ‘Road to Yesterday’ alongside Ghanaian actor, Majid Michel. Chioma Omeruah, Ebele Okaro and Oris Ehuero, among others featured in the movie.
Apart from Majid and Ebele, most of the actors and actresses are not part of the regular Nollywood crowd. Genevieve tells our correspondent that the departure from the ‘old’ crowd is deliberate.
She says, “It is part of our effort to open up Nollywood to more newcomers and to create opportunities for people who are very talented and who have the passion for this job. This is why we have somebody like Ishaya Bako in the team.”

But to the disappointment of those who have for long expected Genevieve to choose a life partner and finally walk down the aisle, marriage does not seem to be in her agenda yet. Asked when she would finally take the plunge, the actress replies that contrary to speculations, she has not ruled out marriage. But that she would make up her mind as soon as she meets the right person.
“I haven’t found the right man yet. When he comes, I’ll get married,” she says.

Posted by dubem naija blog at 6:36 am