Police Seal Up 22 Rivers LG Secretariat On Orders From Abuja 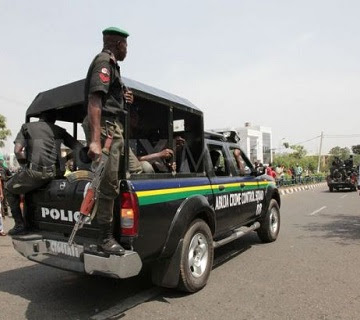 Rivers State Governor, Nyesom Ezenwo Wike has called on the people of Rivers State to remain calm despite policemen sealing up of all council secretariats in the  that on the orders of the Inspector General of Police.

Inaugurating the Rivers State Independent Electoral Commission  ( RSIEC ) and the Rivers State Judicial Service Commission on Friday,  Governor  Wike  regretted that the Police would  take such an action  despite the  nullification of  local government elections  by the  Federal  High Court.

He said  the  state government  will  always  respect  the rule of law, urging the  people  of  the  state to  be  patient despite  the provocation.

He said : “We woke up  this morning  to witness the change they talked about. The  police took over all the  council  secretariats preventing  the  caretaker  committees from  gaining access”

He urged  the  commission to preparations for the  elections as the  caretaker committees will stay  for six months.

The  governor also charged  the Rivers State Judicial Service Commission to take steps to  correct  the  anomalies in the  state judiciary.

Chairman of the RSIEC, Justice CI Uriri said that the commission would conduct elections  in  line  with constitutional provisions.