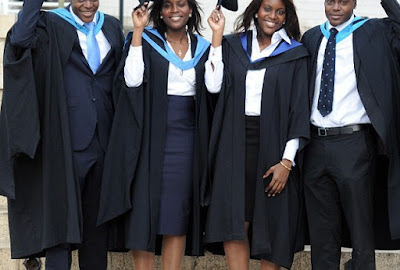 Graduating from university is normally an occasion for a family get-together. And this was certainly a big celebration for the Ogunsanya quadruplets who were handed their well-deserved degrees from the same university on the same day.


The 23-year-old quads, identical sisters and the oldest by four minutes, Toks and Temi Ogunsanya, and identical brothers, Tobi and Tolu, graduated from Warwick University with Master Degrees.
And there was not a jot of sibling rivalry as all four have landed jobs in the City already.

Toks graduated with anMEng in manufacturing and engineering and Temi, Tobi and Tolu all gained an MSC in management from Warwick Business School. ‘The fact we all chose to study at the University of Warwick was a natural decision,’ says Tobi, who thinks a bit of sibling rivalry is essential for success. 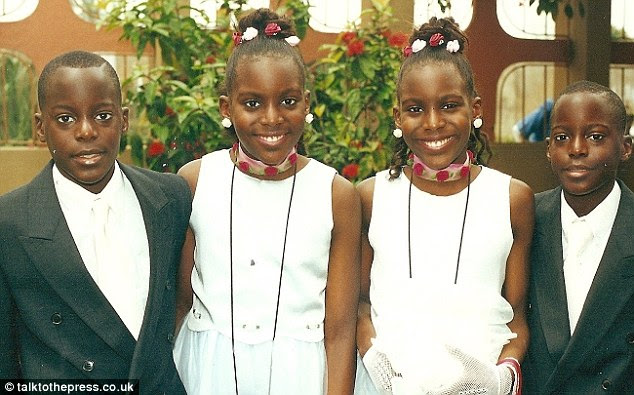 ‘We are a close-knit family and were all attracted by the strength of the courses on offer.‘We all gravitated to similar courses because we’ve always been interested in business and management and our father is a successful businessman in Nigeria.’ 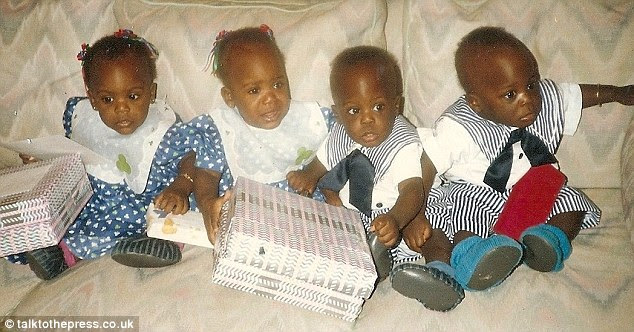 The quads, originally from Lagos, Nigeria, have been living in the UK since the age of seven when they began boarding schools. Since leaving university they have all landed top city jobs.

‘Our parents are four times as proud of us,’ added Tobi, who is mulling over two offers from two major City firms. ‘They’ve supported us financially and have encouraged us all the way, without their help we wouldn’t be here today.’
Posted by dubem naija blog at 9:24 pm