Killing People While Shouting Allahu Akbar Is Not Islam 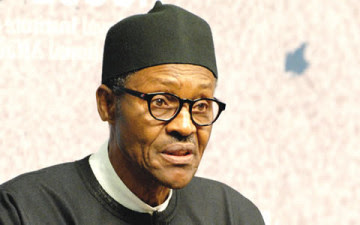 President Muhammadu Buhari yesterday re-affirmed that he would not relent on his oars until the battle against Islamic sect, Boko Haram is won.
The president stated this when he met with members of the BringBackOurGirls (BBOG) group and some parents of the over 200 schoolgirls from Chibok town in Borno State who were abducted by Boko Haram in April last year.

He said the sect does not in any way represent Islam or any other religion, saying it was unfair for them to kill innocent human beings and claim they did so in Allah’s name.

“You can’t go and kill innocent people and say ‘Allah Akbar’! It is either you don’t believe it or you don’t know what you are saying,” he said.“So, it has nothing to do with religion. They (Boko Haram) are just terrorists and Nigeria will demobilise all of them,” Buhari vowed.

Buhari also said there is no justification for the incompetent manner in which the immediate past administration of former President Goodluck Jonathan handled the abduction of the over Chibok girls.

“In representing the government of Nigeria, we cannot rationalise government’s incompetence in dealing with this issue. We only ask for your patience,” Buhari stated.He described government’s response to the abduction of the girls at the time as unfortunate and far from being impressive.