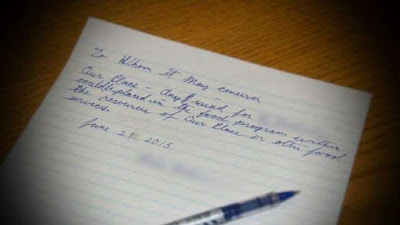 A homeless man who found $2,400 (over £1,500) and handed it in has rejected even more money. The man turned in cash he found in Langford, Canada, and his honesty sparked a fundraising campaign on his behalf.

Thousands of dollars were pledged to the homeless man, but he surprised everyone yet again when he turned down the money.

Constable Alex Berube, of the West Shore Royal Canadian Mounted Police, said, "After hearing this story and seeing how this case touched so many people, I took a personal interest in finding this man, looking for him everywhere while on and off shift." Obviously, tracking down someone of no fixed address was pretty tricky, thankfully Berube was successful.

Recalling meeting up with the man, he said: "His response surprised me yet again, when instead of asking how to collect it, he asked me how to donate it to food service providers for people in need."
Officers asked the homeless man, who was thought to be in his 60s to sleep on his decision; But he turned up the next day with a hand written letter explaining that all he really wanted is a job, not handouts.

The homeless man also asked not to be named.
Posted by dubem naija blog at 4:06 pm