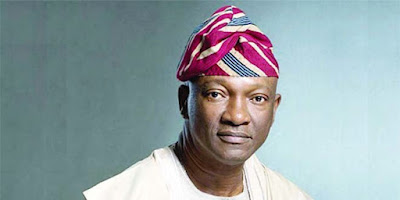 In this interview with ENIOLA AKINKUOTU, the Publicity Secretary of the Peoples Democratic Party in Lagos State, Mr. Taofik Gani, talks about the party’s attempts to upturn the victory of Governor Akinwunmi Ambode, among other issues..


The Lagos State Election Petitions Tribunal has reaffirmed Governor Akinwunmi Ambode’s victory at the poll. Doesn’t this mean that the All Progressives Congress truly won the election?

We see the ruling of the tribunal as a miscarriage of justice. It is at variance with the law because even the prayers of the petitioner and the defendant were left out only for the panel to bring up an action saying that the PDP ought to have requested for a re-election which was not part of our prayers. Our prayer was that we should be declared the winner of the election because Ambode was not validly nominated by his party as the notice of the primary given to the Independent National Electoral Commission did not meet the deadline. So, it is our intention to challenge this at the Appeal Court and we are optimistic that the court will upturn the ruling and that is why we are telling the people of Lagos to be patient as their mandate will soon be returned to them.

But does the PDP have evidence that the APC rigged the governorship election?

There is no doubt that the PDP won that election but the APC used its power of incumbency to manipulate the election. The APC has also been known to manipulate the judiciary. It is a known fact. We believe that the APC will go the extra mile to deny us our mandate but we will fight them to a logical conclusion. We are also considering petitioning the National Judicial Council over the manner in which the panel handled our case. It is not within the power of any court to have made that ruling.

How do you see the administration of Governor Ambode?

Well, the Lagos State chapter of the PDP wants to state categorically that there is no difference between Ambode and his predecessor, Mr. Babatunde Fashola. Fortunately for Ambode, he has the opportunity to put his name in the good books of the people. We believe that Ambode has the opportunity to perform but so far, he has failed to do some things that we expected him to do within the first week so that the people will know that change has come.

For instance, he has failed to take a stance on the reopening of the Lagos State University. Also, there are so many obnoxious laws which he is supposed to have immediately repealed. The issue of commercial motorcyclists, popularly called ‘okada’ riders, should be addressed in a humane manner. Although we concede that it may not be right for motorcyclists to ride on some roads, they must also be considered because they rely on this job to sustain their families.

We also expect Ambode to look into the welfare of the civil servants who are working but suffering in silence. So, we believe that Ambode is slow and is already failing so early.

How true is the allegation that some of your supporters are being maltreated by the APC-led state government?

We are already accustomed to that. We have always been in the opposition in Lagos and have always suffered victimisation. Now that the APC are in control of the Federal Government, we have been put in a more precarious situation but we are trying to wriggle out of this because Nigeria is still a nation of laws. Presently, however, there is a deliberate attack on a set of people, especially the non-indigenes in Lagos who were believed to have supported the PDP in the last elections. So, they are being attacked physically and psychologically and this is wrong. Governor Ambode cannot say it is only the Yoruba that voted for him.

You accused the state government of demolishing Igbo-dominated markets but the government has since denied this, stating that you were merely seeking attention.

It is unfortunate that Governor Ambode wants to continue with the era of Fashola where obvious mistakes were denied and diversionary attempts were made. It is a fact that before the election of Governor Ambode, the traders in the Ladipo Auto Spare Parts Market were told to either support the APC or risk their shops being demolished. We have this information on good authority. So, they are just making good their threats. It is unfortunate that the Mushin Local Government chairman is denying it now but we have video and audio evidence of this demolition. It was done illegally to ostracise the Igbo. We have told the traders to report this government to the International Criminal Court.

But the state government says the reconstruction is in line with the Lagos megacity plan and the traders agreed to it.

What the state government has done is unfair and it is unjust because this was the same government that promulgated the rent law which states that a tenant is entitled to a statutory notice before any drastic action can be taken. But the traders did not even know until the day that their shops were demolished. This is not politics but the simple truth. Ambode should know that power is transient and if he does not soft-pedal, he might become the first governor in Lagos to witness a rebellion.

What’s your take on the SURE-P crisis in Lagos?

There was never a time that the PDP recruited people into the so-called SURE-P task force. There is a Federal Government SURE-P which the state government cannot deny because they also benefitted from the money.

Unfortunately, however, some people fell into the hands of fraudsters who capitalised on the desperation of some unemployed youths but we are on the ground trying to help them recover their monies. We are aware that the APC leadership has hijacked the situation and are using it to blackmail us. Unfortunately, some members of the PDP were among the perpetrators but we have not been able to confirm that. But I can confirm to you that the PDP has no hand in the SURE-P task force.


source: punchng.com
Posted by dubem naija blog at 10:46 am