US politician wins election days after shooting himself dead 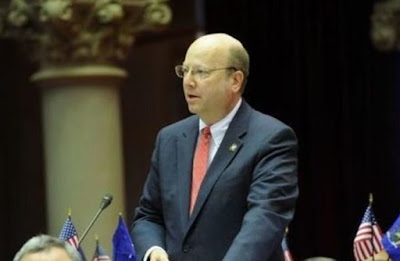 A Republican politician has won a primary election in the US, days after killing himself. Bill Nojay, 59, has been picked by voters to represent the party in the New York State Assembly’s 133rd District in November despite shooting himself in front of a police officer in Rochester on Friday.


The vocal campaigner for gun rights and Donald Trump was reportedly under scrutiny from the FBI, and facing a fraud trial in Cambodia.

His election means that local Republican leaders, who encouraged voters to back Mr Nojay despite his death, will now pick someone to take on Democrat challenger Barbara Baer in November.

“I really don’t know what to say,” said Mr Nojay’s Republican rival, Richard Milne. “It’s such an unusual situation.” While hoping that county Republican leaders put him on the ballot, Mr Milne was critical of the “powers that be”. “They really did some things in the past few days that were in poor taste in my opinion to sway the vote,” he said.

“I really believe we would have fared better with Mr Nojay still alive.”

According to unofficial results, Mr Milne was trailing by nearly 1,000 of the 4,500 votes cast.
Father-of-three Mr Nojay was elected to the Assembly in 2012, representing a district that covers parts of Rochester and the Finger Lakes area.