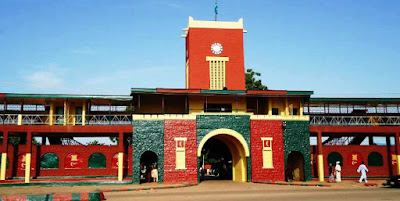 The Katsina Emirate Council has suspended Bishir Bala Kofar-bai from his post of ‘Magatakarda’ pending the determination of a criminal litigation against him. The Secretary of the council, Bello Ifo, said in a statement on Thursday that the suspension is with immediate effect. Kofar-bai was standing trial for an allegedly rape of a 15-year-old girl in Katsina two weeks ago.
The traditional title holder was alleged to have raped the victim when she was sent to his house by her father, who was one of his servants.

The victim informed her parents who took her to the hospital for medical treatment.

The parents further reported the matter to police, which led to arrest and detention of the chief for investigations.

The Coalition of Civil Society Organisations in the state have been mounting pressure on the police to ensure justice in the matter.
Posted by dubem naija blog at 8:32 am