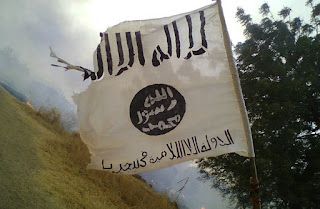 Boko Haram has released a new video without its embattled leader Abubakar Shekau, lending weight to claims by the Nigerian army he had been gravely wounded in an air strike. The 13-minute video posted on YouTube late Tuesday shows an unidentified man in a flowing white robe and a sword dangling by his side presiding over Eid prayers in a mosque.


Hundreds of poorly fed villagers and children, who are apparently Boko Haram supporters, are seen in the video filmed on Monday.

The man says he is representing Shekau, who had allegedly been ousted by the Islamic State to which Boko Haram pledged allegiance in March 2015.

“My brethren, today is Eid ..in the Islamic Caliphate under the leadership of Abubakar Shekau, may Allah protect him,” he says, speaking in the local Hausa language.

The Nigerian army claimed on August 23 Shekau had been seriously wounded in the shoulder in an air raid in which several commanders were killed.

“We convey our Eid greetings to our brethren all over the world under the Islamic Caliphate and especially our leader Abubakar Shekau, may Allah protect him,” the man in the video says.

He then taunts the government of President Muhammadu Buhari, saying Boko Haram would fight on despite a military crackdown, adding: “No retreat, no surrender.”

It was not immediately clear if the video, which was technically superior to previous ones, was shot in Boko Haram’s Sambisa forest stronghold in the northern state of Borno or elsewhere.
Posted by dubem naija blog at 1:19 pm