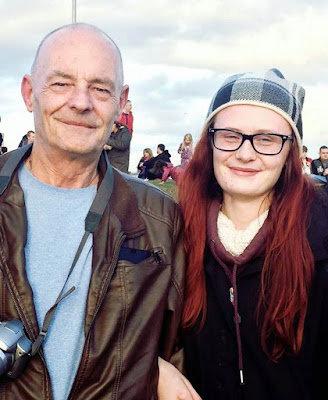 An 18-year-old girl asked a 60-year-old caretaker of her former school to marry her in front of thousands of stunned spectators. Lisa Miller, 18, popped the question to Jim Kerr while visiting the Scottish International Airshow in Ayr last Friday. The teen was a pupil at Woodfarm High, East Refrewshire, where Jim worked as the caretaker. 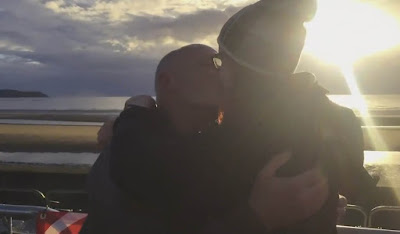 They have been in a relationship since November and live together after Jim reportedly left his wife for the schoolgirl. 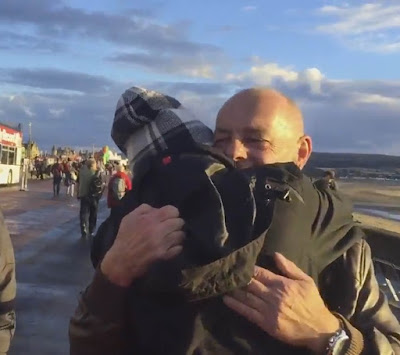 Gazing into the 60-year-old’s eyes, Lisa says: “Jim, we’ve been going out for just under a year and I love you so much. I wouldn’t swap you for the world and, marry me? Beaming Jim then quickly responds “yes, definitely” before leaning in for a kiss. After the proposal, the teenager is shown wiping away tears before cuddling her fiance.

Their romance has caused a backlash on social media including from Jim’s 32-year-old daughter Allison.

She fumed: “It’s my dad and I’m 32 so imagine how me and my family feel seeing that.”

Allison later said: “We have nothing to do with him anymore” but refused to comment any further.
Posted by dubem naija blog at 3:30 pm