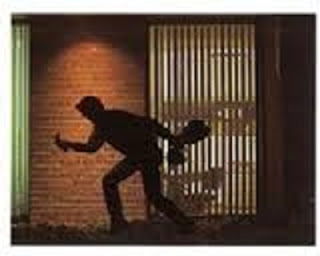 A 28-year-old man, Elochukwu Nnoruga, is to spend six months in jail for stealing N214,000 tithe belonging to St Patrick Catholic Church, Idumaigbo, Lagos. Magistrate Ade Adefulire of the Tinubu Magistrate’s Court in Lagos, who gave the sentence on Thursday, ruled that the convict would spend the six months in Ikoyi Prison and gave him no option of fine.

The News Agency of Nigeria (NAN), reports that Nnoruga was arraigned on Aug. 17, on suspicion that he stole the amount from the Church’s tithe box.

Nnoruga promptly pleaded guilty to the one-count charge of theft.

In his judgment, the magistrate expressed disgust that people could steal from the house of God.

“It is a pity that people do not see the house of God as sacred anymore.

“This judgment should serve as a lesson to the public, if you choose crime instead of hard work, the hand of the law will always catch up with you.

“Nnoruga, you are hereby sentenced to six months imprisonment without an option of fine,” he declared.

The prosecutor, Mr Ben Ekundayo, had told the court that the convict committed the offence on Aug. 14, at about 2 p.m., at St. Patrick Catholic Church, Idumaigbo, Lagos.

Ekundayo said that the convict stole N214, 000 from the tithe box after Church service.

He said that the offence contravened Section 285 of the Criminal Law of Lagos State, 2011.