Man hands his cheating GF a gift, but you wont believe what's inside 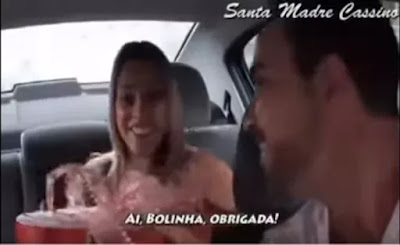 A man who allegedly caught his girlfriend cheating on him filmed himself getting revenge in the worst way. After setting up a hidden camera in his car, the boyfriend gives his lover a present gifted inside a cute heart-shaped box and wrapped in a pink bow. From the outside it looks like the pressie could well be a yummy box of chocolates.

After the man passes his unsuspecting partner the Valentine’s surprise, he gives her a hug before leaving her in the backseat to unwrap her gift.

However, things soon start to take a turn for the worse when the pretty blonde begins to eagerly unwrap the present.

As she flips off the lid, the woman is left horrified at the hordes of cockroaches enclosed inside the box.

In shock, the love rat then throws the box in the air sending the creepy-crawlies flying everywhere around her.

She tries to escape, but the car doors have been locked by her vengeful boyfriend.

The footage has gone viral online, but has divided opinion with many speculating that the footage may be fake.

One user said: “This is the most evil prank.”

Another added: “That is a horrid thing to do. How awful.”

However, others wrote: “It looks staged. She can barely contain herself so as to not burst laughing.”

Another added: “This seems fake.” 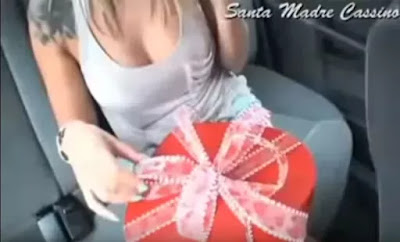 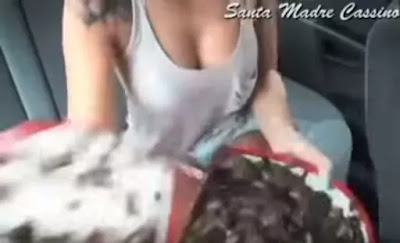 Posted by dubem naija blog at 8:09 am