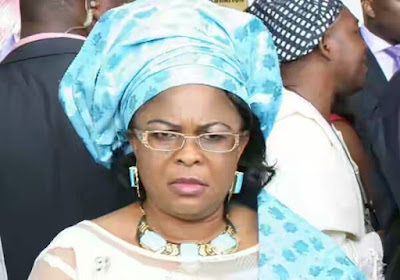 Patience, according to The Financial Times, a United Kingdom newspaper, allegedly inaugurated the hotel, known as Aridolf Resort Wellness and Spa, in Yenagoa, capital of Bayelsa State, in April 2015, about a month before the end of her husband’s tenure.

Regardless, CACOL, which recalled in a statement on Tuesday that Patience was only a permanent secretary in Bayelsa State at a time, said the ex-president’s wife must be made to explain the source of her wealth.

The statement, released by the group’s acting Media Officer, Abiodun Rabiu, quoted the Executive Chairman of CACOL, Debo Adeniran, as saying that the Economic and Financial Crimes Commission needed no further petition to invite Patience for questioning.

The group said apart from explaining how she made the money to build the world-class hotel, she must also tell Nigerians how she came about the $20m found in five bank accounts linked to her.
Posted by dubem naija blog at 8:07 am