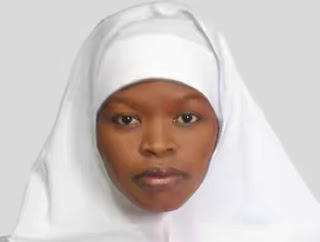 Aisha Wakil, the Nigerian lawyer and negotiator for the Boko Haram sect who turned herself in after being declared wanted by the Nigerian military, has been released, security sources told Premium Times Wednesday.  Ms. Wakil reported herself at the Defence Headquarters on Monday morning, less than 24 hours after the Nigerian Army put out a statement declaring her wanted on allegations of aiding the sect.

Ms. Wakil was transferred to the State Security Service headquarters on Tuesday, from where she was allowed to go home Wednesday night without charges, sources said. Sources said Ms. Wakil was well treated by the Nigerian security operatives while she was in their facility.
Posted by dubem naija blog at 7:12 am