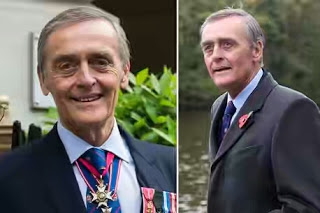 Billionaire landowner the Duke of Westminster has died aged 64.Gerald Cavendish Grosvenor became ill on his Abbeystead Estate and passed away at the Royal Preston Hospital in Lancashire, a spokeswoman for the estate said. Unconfirmed reports suggested the Duke suffered a heart attack.

According to the Sunday Times Rich List 2016 , the Duke was worth £9.35 billion placing him sixth in the list and making him the third richest British national.

He was also the 68th richest billionaire in the world.
Posted by dubem naija blog at 7:45 am