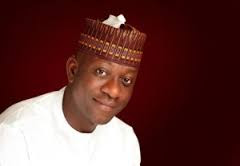 Advocacy for Integrity and Economic Development (AIED), has described the directive from the ruling All Progressive Congress, APC, against Hon. Abdulmumin Jibrin barring him from making further public communication on the corruption issues currently ravaging the house, as a rape on the fight against corruption.

In a statement signed by its Director of Communication, Comrade O’seun John, AIED frowned at what it called APC’s open endorsement of sharp practices and padding that had encapsulated the House of Representatives. “It is notorious that the document passed and signed into law as the 2016 budget was not tailored to the yearning of the masses but the greed and selfishness of public officers who have been entrusted with a sacred duty to represent the people at the various spheres of government.”

“For a party that claims to be progressive in every sense of it, good conscience mandates such party not just to take steps into ensuring the saboteurs against the administration are brought to justice but make example of every member of the party involved in the treasonable act by expelling them from the party,” the group.
Posted by dubem naija blog at 10:06 am