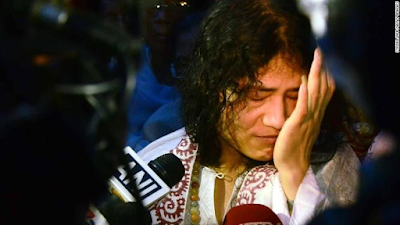 Human rights activist Irom Sharmila, also known as the "Iron lady of Manipur," has decided to end her fasting she started in 2000, today Tuesday. She started her strike in 2000, after 10 civilians were allegedly killed by Indian soldiers in the country's northeastern Manipur state and has been protesting the killings using her hunger strike ever since.

Since 2000 the activist has been arrested at least 14 times for trying to 'kill herself', prompting authorities to force feed her through a drip in her nose for over a decade under a law that makes attempted suicide illegal. 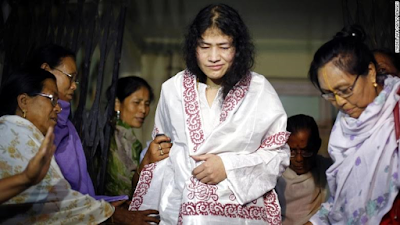 The 2005 Nobel Prize nominee was moved from Jawaharlal Nehru hospital in Manipur where she has been in judicial custody -- to court this morning amid heavy security.
In 2014, her lawyer, Khaidem Mani, challenged the suicide charge by the government, citing the country's history of hunger strikes. The magistrate ruled there was insufficient evidence to prove she was attempting to commit suicide and the court ordered her release, Sharmila then resumed her hunger strike.
She will be released today and will end her hunger strike today. According to her brother she'll begin campaigning as an independent candidate in an election due to take place next year in Manipur, a state in India. 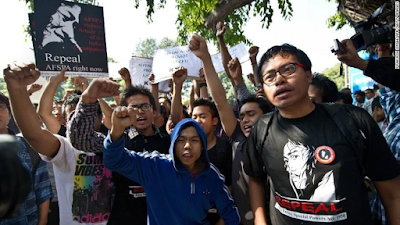