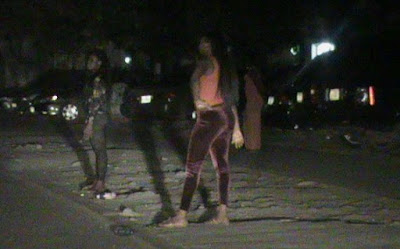 A commercial sex worker, simply identified as Precious, has been found dead in a hotel room in the Bolade junction, Oshodi area of Lagos State after she was allegedly strangled by a yet-to-be-identified person.
The deceased, whose relatives had not shown up as at press time, was reportedly discovered by a hotel worker, who wanted to clean up the room, and saw the lady dead on the floor. The worker was said to have raised an alarm and subsequently, the matter was reported at the Akinpelu Police Division.

According to reports, the hotel manager and two other workers on duty on the night of the incident had been arrested and detained over the killing.

An anonymous worker at the hotel said Precious was suspected to have been strangled with a rope or clothes by her patron.

Stressing that the man fled the hotel before anyone suspected that Precious had died, he said: “When we woke up in the morning and began cleaning, someone found her corpse in the room.

“There is no doubt that she was strangled. There were marks in her neck, which showed signs of a struggle, and she was injured in the head. The man, who was with her throughout the night, fled the hotel before anyone knew.

“The family members of the lady have not been seen. It was the hotel management that went to report the matter to the police. The persons arrested are still being questioned over the incident.”
Posted by dubem naija blog at 6:00 am