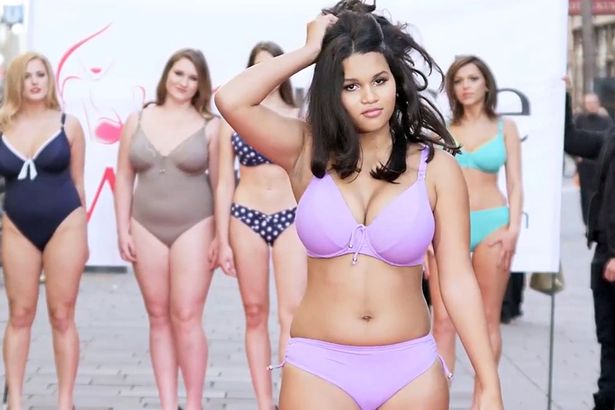 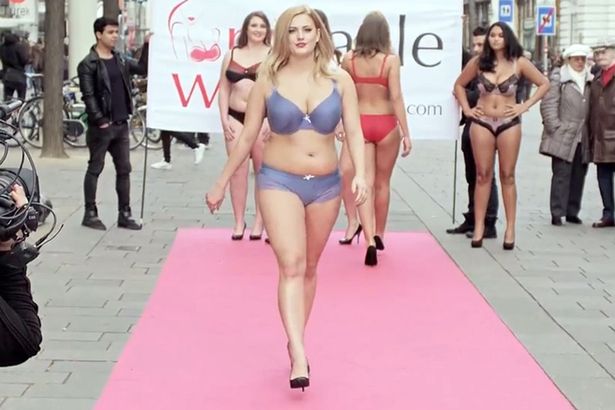 A group of plus-size women braved the freezing cold conditions and took to the high street in their underwear while staging a fashion show on a busy high street. Christmas shoppers who were flocking along the busy shopping street Mariahilferstrasse in the Austrian capital Vienna clapped and cheered as the red carpet was laid out for the models to strut their stuff.

The six women, who were all chosen because of their larger measurements , walked along the red carpet in high heels and raincoats before stripping them off to stand in the almost freezing temperatures in their underwear.

The company "Miracle Women" was started by designer Renata who said that as a teenager she had always been ashamed of her large bust and small hips, until her mother had told her to be proud of her figure.

Instead of covering it under baggy clothing, she had then decided to look for more fashionable clothing and when she was not satisfied with what was on offer, had started to design her own labels.
The chain said that they did not want skinny models, but instead women with real female curves showing off that they felt good about themselves.