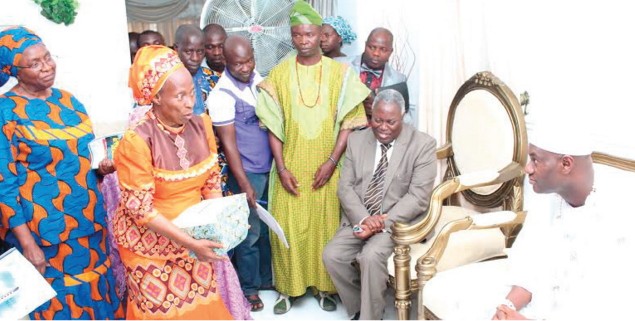 Osun State, since last week, played host to the General Superintendent of the Deeper Life Bible Church, Pastor W.F. Kumuyi, who was in town to hold a two-week crusade scheduled to end today. During the crusades which held across various communities in Osun State, such as Ife, Osogbo, Ijeshaland, among others, miracles were recorded and dignitaries from all walks of life were present.
Pastor Kumuyi’s visit to Osun State also saw the DLBC pay courtesy visits to the new Ooni of Ife, Oba Adeyeye Enitan Ogunwusi, whom he congratulated on his ascension to the throne, and the Owa Obokun Adimula of Ijesaland, HRM Oba Gabriel Aromolaran.

During one of the crusades, taking his bible text from Psalms 62:11 on the message titled “The Great Possibilities of God’s Unlimited Power,” he reiterated the fact “God has unlimited power to attend to all.”

According to him, “Nothing created by God should be used against us and that whatever the enemies have used to bind us shall be broken down,” just as he charged the worshippers to embrace freedom by turning away from all known sins.”