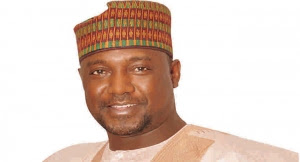 
This is in fulfilment of the social contract of salvaging and restoring the education sector in the state.
Governor Abubakar Bello directed principals of public secondary schools to maintain government’s policy on payment of examination fee for the Senior Secondary School Certificate Examination (SSSCE).

The directive was contained in a press statement issued by the Chief Press Secretary to the Governor, Jibrin Baba Ndace in Minna.

According to the statement, parents of Basic 12 (SS3) students are to pay for either West African Examinations Council (WAEC) or National Examination Councils (NECO), while the state government will be responsible for the other.

With this directive, school principals are permitted to collect the fee for only one of the two examinations.

The Governor directed that school principals should adhere strictly to the policy, warning that any principal that flouts the directive would be dealt with.

The statement concluded by saying that parents are to report any principal that may want to force them to pay for the two examinations.