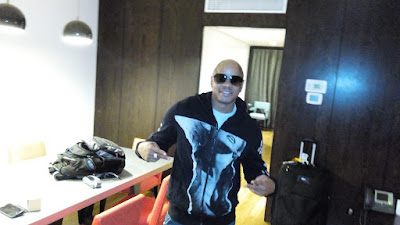 Donell Jones is an American R&B singer, songwriter and record producer. Some of his  hits songs are “U Know What’s Up”, “Where I Wanna Be”, and his cover of Stevie Wonder’s “Knocks Me Off My Feet”.  Jones is currently in Lagos to  headline Baseline Music’s ‘Black Tie Concert’ today Sunday, December 13, 2015 at the Lagoon Restaurant in Victoria Island, Lagos.