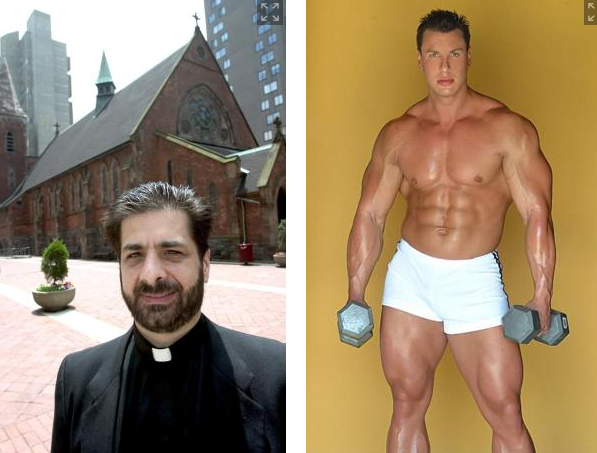 An alleged S&M-loving Bronx priest,Rev. Peter Miqueli announced his resignation Saturday after he was battered by a lawsuit alleging  sexual antics and the theft of more than $1 million, Attorney Michael Dowd, who represented two parishes in a lawsuit said: “This is a good result for these people, But they want their money back.”


The surprise announcement was read during the 5 p.m. Mass at St. Frances de Chantal Church in the Bronx after Timothy Cardinal Dolan warned that Rev. Peter Miqueli might be defrocked. The priest’s departure came after his boyfriend’s ex-girlfriend ,claimed Miqueli “used his collar” to get her arrested seven months ago  after she emailed church officials about their sexual antics.

A lawsuit filed Thursday by two parishes accused Miqueli of looting more than $1 million from a pair of city parishes to help fund a perverse, long-term love affair with boy toy Keith Crist.
According to the detailed court papers, the 53-year-old priest drank Crist’s urine in his role as a sex slave.

Gudin told the News that she first contacted the church about the submissive Miqueli and his dominant “master” Crist after the two changed the locks on the latter’s Park Ave. apartment to keep her out.