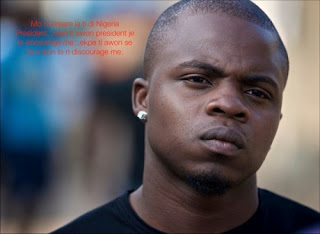 Father of late foremost indigenous rapper, Dagrin, Comrade Olaniyi Abolaji Olaonipekun has been honoured with a chietaincy title in Ogun state. He was made the Balogun of Alabelapo Land in Itori in Ewekoro Local Government Area of Ogun State by the traditional ruler of the land, His Royal Majesty, Oba (Dr.) Adeola Ishau Balogun, the Olu of Oluke Orile on December 5.

Stating the reason behind the chieftaincy title bestowed on Dagrin’s dad the Olu of Oluke said Comrade Olaonipekun had not only brought development to the land through his notable ventures as a leader but has also contributed to the development of the youth of the community through various idea based activities hence his decision to crown him as the Balogun of Alabelapo land, Itori.

Dagrin died April 22, 2010 after he was involved in a ghastly motor accident which happened in the early hours of April 14, 2010. His car collided with a stationary trailer in front of Alakara Police Station, off Agege Motor Road, Mushin, Lagos.
Posted by dubem naija blog at 10:26 am